Both parents of the Colored American Magazine managing editor and Colored Co-operative Publishing Company president, Walter W. Wallace, served as long term agents of the magazine. Merritt R. was born in James City County, Virginia in August 1848.  Mr. Wallace worked as a clerk for the Railway Post Office, and as a grocer before maintaining the position of porter for the Pullman Car Co. throughout his years as an agent. Mrs. Wallace, who frequently went by Nannie, was born Nancy J. Ellison in Beaufort, North Carolina in July 1851. Nannie taught for twelve years before becoming a schoolteacher at St. Philip’s Episcopal Parish School and Sunday School in Richmond, Virginia.

The couple married in 1873 and had Walter W. in June 1874 and his sister Hattie E. in May 1875. Hattie E. would go on to work as a public-school teacher and marry William J. Jones in 1904. The couple would maintain a long-term home in Richmond, Virginia; however, for some time due to work, Merritt lived in Jersey City, New Jersey apart from his family. Both Nancy and Merritt graduated from Hampton Normal and Agricultural Institute (now Hampton University) with Nancy being in their inaugural graduating class and one of the first five women to graduate from the school. Interestingly, they attended the school before two if its greatest alumnus, Booker T. Washington and Robert Sengstacke Abbott.

Merritt served as an agent of the magazine in Jersey City, New Jersey for 27 months, from June 1900 to December 1902. Nancy was one of the longest serving agents of the company, distributing the magazine for 37 months from June 1900 to March 1904. Together, they represent an American success story by achieving higher education and consistent work for themselves, as well as raising two educated and successful children. All of this was achieved amidst the severe systemic racial oppression that occurred during post-civil-war America. 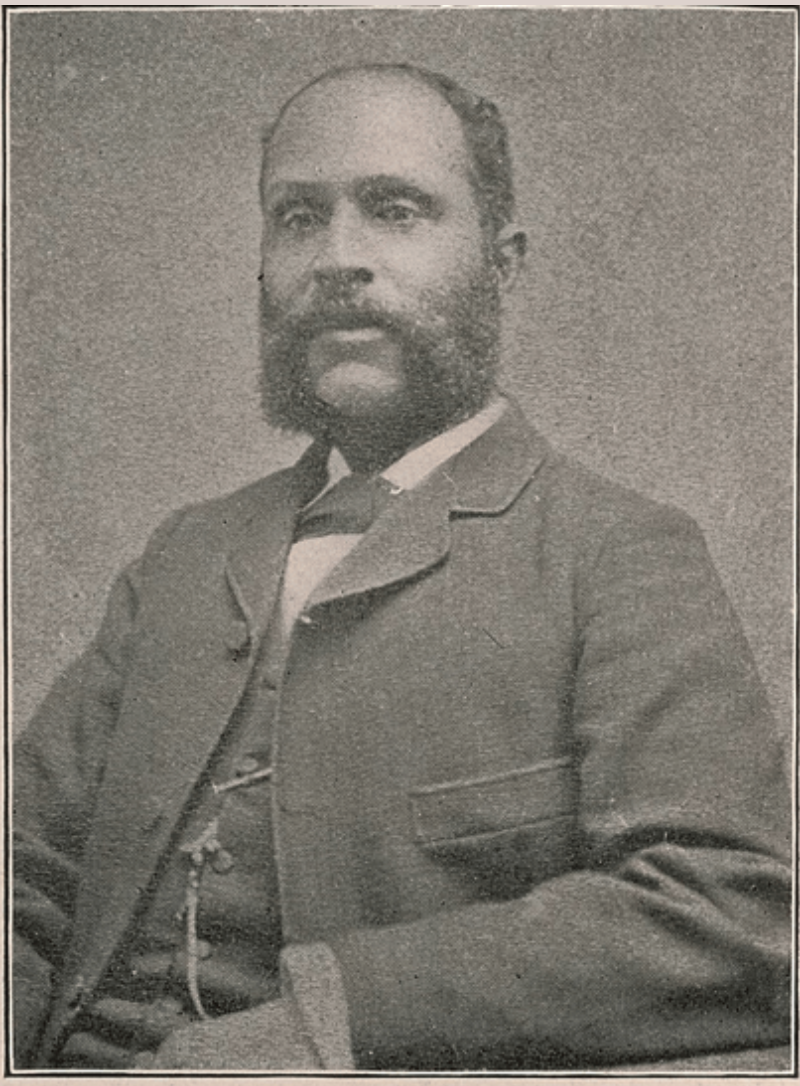 Merritt Wallace as pictured in the Colored American Magazine in 1901.