Mary R. Fitzbutler, one of the five children of Dr. Henry Fitzbutler and Dr. Sarah H. Fitzbutler, was born in November 1869 in Amherstburg, Ontario, Canada. Her father was born on December 22, 1842, in Virginia. His family was enslaved but was able to escape enslavement through the Underground Railroad. While his family still lived in Canada, he studied medicine at the Detroit Medical College and later at the University of Michigan’s Medical School, where he was the first African American graduate of either school. His graduation thesis was a notably impressive coverage of cardiology. Mary’s mother, Sarah Helen McCurdy, was born in Pennsylvania and was the daughter of a successful Essex County farmer. She received her medical degree at the Louisville National Medical College and became the first African American woman to obtain a medical degree in the state of Kentucky.

In 1875, the Fitzbutler family immigrated to The United States and moved to Louisville, Kentucky, where her parents were two of the only African American physicians able to provide medical care to over 18,000 Louisville African Americans. Once in the U.S., Dr. Henry Fitzbutler worked as an editor for over two decades at the Louisville newspaper, the Ohio Falls Express. He also worked for the Free Lance Paper and represented them at the 1887 National Colored Press Convection. Dr. Henry Fitzbutler eventually successfully lobbied for Kentucky to allow him to establish a non-discriminatory medical school, which led to him founding and becoming the dean of the Louisville National Medical College. Mary Fitzbutler graduated from her father’s school in 1898, and taught at Wendell Phillips High School, until receiving her Medical Degree in 1923 from the Chicago Medical School. On June 26th, 1901, she married post-office worker and soon to be lawyer Frank B. Waring in Louisville, Kentucky. The couple never had children. She held many positions and contributed greatly to the country and African American men and woman alike, serving as: President of the Necessity Club, an active member of the State Federation, Commissioner of the Lincoln-Jubilee, Commissioner of the Exposition showing progress of Colored People, Chairman of Health and Hygiene for the National Association of Colored Women, Representative of Women of the United States at the 1920 International Council of Women In Christiana, Norway, National Organizer for girls in the War Camp Committee, Vice-President of the Phyllis Wheatly Club, member of the Chicago League of Woman Voters, Speaker for the National Woman’s Anti-Lynching League, and long-standing President of the National Association of Colored Women.

Dr. Fitzbutler spent her early 30’s with the Colored Co-Operative Publishing Company as an agent for eleven months: serving the community of Louisville, Kentucky. In the May 1901 edition of Colored American Magazine, she was described by R.S. Elliot as an “enthusiastic representative” of the company.

Over several years, she and W.E.B. Du Bois shared some correspondence. He had requested she share her story in The Crisis, the official magazine of the National Association for the Advancement of Colored People, and for her to come to the Pan-African Conference in South Africa to speak; Du Bois spoke very highly of her. Dr. Fitzbutler-Waring passed away at age 96 in Chicago in December of 1958. The legacy of the accomplished Dr. Fitzbutler-Waring, in the context of her role as an agent of Colored American Magazine, is a testament to the immense collection of young, talented, intelligent, and enthusiastic individuals who worked as agents for the Colored Co-Operative Publishing Company, though even amongst all the other agents who served the company, Dr. Fitzbutler-Waring, and her laundry list of titles and accomplishments, stands a shoulder above the rest. 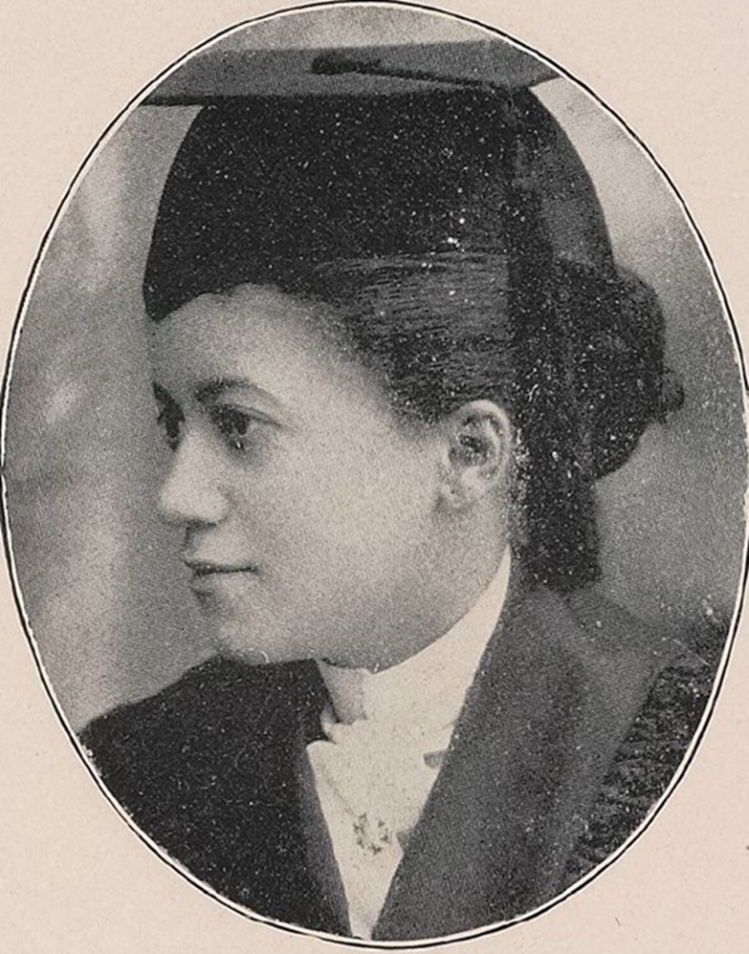 Mary Fitzbutler’s graduation photo, age 29. From the May 1901 issue of Colored American Magazine.