Each monthly issue of the Colored American Magazine, with a few exceptions, included a list of names and street addresses for the agents who worked for the Colored Co-operative Publishing Company.  Some agents worked for the company full time or for several months.  Long-time agent Nathaniel Barnett Dodson made his first appearance on the agent list in the August 1900 issue, and he would continue to be listed until July 1904. Dodson held a prominent role at the Colored Co-operative as a General Agent and manager of its New York City branch office. He was also a member of the company’s board of directors.  Many agents sold subscriptions for the Colored American Magazine on a part-time basis or for just a few months.  Cabell Calloway II was the Baltimore agent for three months during the summer of 1900.  Baltimore would become the home of another, more well-known Calloway—Cabell “Cab” Calloway III, the famous jazz musician and band leader who regularly performed at the Cotton Club in New York City in the 1920s and 1930s. Before Cab was born, his father sold the Colored American Magazine from his real estate office at 313 St. Paul Street in Baltimore.

Women were well represented among the Colored Co-operative’s agent network. Lena Paul, of Buffalo, NY, worked for the company for 40 months, making her their longest serving female agent.

We invite you to read the profiles of Harper S. Fortune, Mary Fitzbutler, Preston Taylor, and Merritt and Nannie Wallace.  We hope to post profiles of additional agents as we learn more about their collective effort to distribute the Colored American Magazine and the Colored Co-operative’s printed books.

The following is a list of approximately 240 men and women who helped the Colored Co-operative distribute its book imprints and magazine to thousands of people in cities across the United States and internationally in Belize, Trinidad, and Liberia.  Please note that the company employed agents who were not listed in the magazine.  This list is arranged in alphabetical order by state, city, and agent’s last name.  The list can be sorted by clicking the arrow in the column heading. 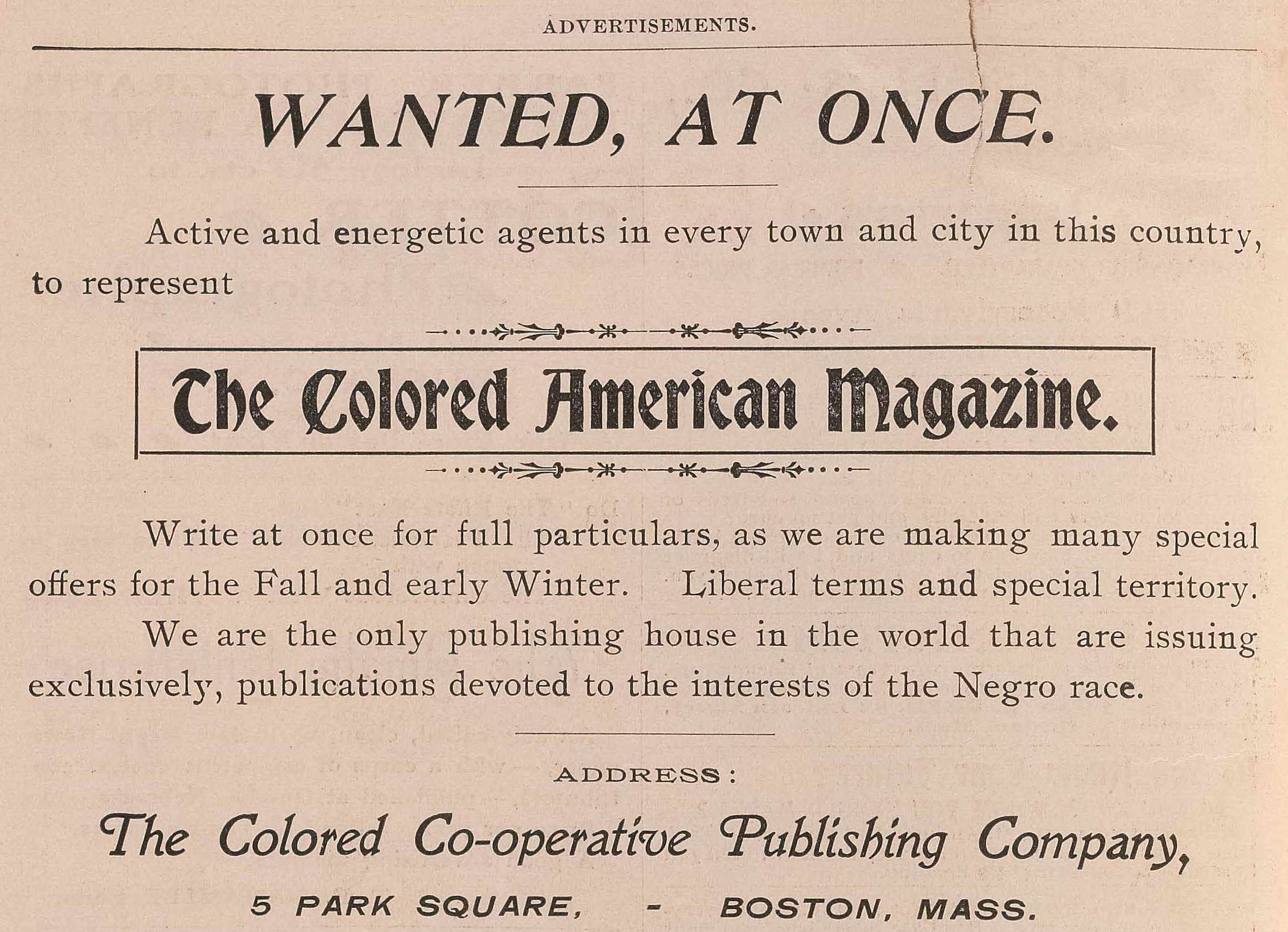 An Agents Wanted advertisement from the October 1901 issue of the Colored American Magazine.